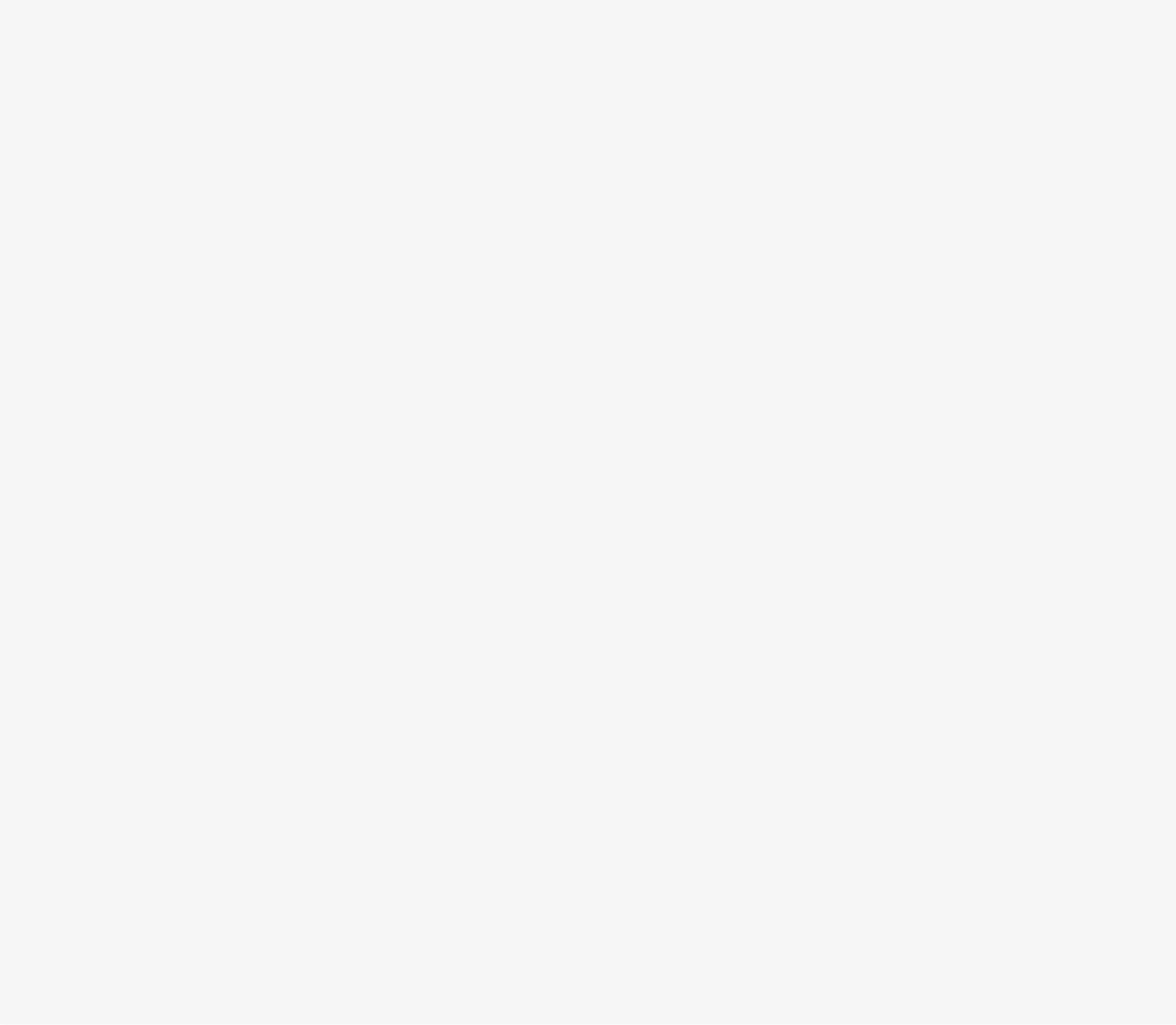 Following the latest government briefing, the link below provides a summary of the help available for businesses including the job retention scheme, grants, loans, VAT and income tax deferral.

Major changes to the tax regime for gains made on sale of residential property will take effect from April 2020. If a liability arises, you will be required to submit a provisional calculation to HMRC within 30 days of completion. You will also need to pay an estimate of the capital gains tax due.

The 30 day declaration and payment applies whether or not you are within the self assessment system. If you do complete an annual tax return, you will still be required to declare the gain on your tax return.  If not within the system, HMRC have advised that you will not need to register for self assessment but instead, after the tax year, you should review the provisional calculation to see if you have paid the capital gains tax at the correct rate i.e. 18% or 28%, and then make any changes required.

Making Tax Digital for VAT – When to Register

When enrolling yourself into Making Tax Digital  for VAT you should consider the timing very carefully Once signed up, HMRC will expect all future VAT returns (and any current or previous returns outstanding) to be filed through Making Tax Digital software. There are further restrictions if you pay your vat by direct debit as it is currently taking around 15 days for the direct debit to be transferred to the new system.

by Paul
accountants, tax, vat
Comments are off

All VAT registered businesses with annual taxable turnover exceeding £85,000 must comply with the making tax digital (MTD) rules for VAT periods beginning on or after 1 April 2019. For example if your first quarter, after 1 April 2019, is for the period 1 May 2019 to 31 July 2019, then the first return that you must file, under MTD, will be for the quarter ended 31 July 2019.

There are two requirements for MTD: to keep your VAT records in a digital format and to submit VAT returns using MTD compatible software. This is neither as complicated nor as difficult as it sounds; if you already record transactions on a spreadsheet based system or some form of accounting software you are already meeting the first MTD requirement.

If you currently use a spreadsheet based system you will need to buy some new MTD software to read the relevant VAT totals from the spreadsheet and submit them to HMRC as your VAT return. This type of bridging software is not expensive.

Your VAT software does not have to be cloud based and you do not need to keep your entire VAT accounting system on one software program. If you are concerned by the extra cost, then do not be bamboozled into upgrading to the latest version of your accounting software to allow you to submit vat returns under MTD. Most accounting packages allow you to download the data into a spreadsheet format (CSV) which can be read by bridging software in order to submit the VAT return.

If you need any further help with MTD, then please get in touch.

Our budget summary covers the key tax changes announced in the Chancellor’s speech and includes tables of the main rates and allowances. We will, of course, be happy to discuss with you any of the points covered and help you reassess your plans in the light of any legislative changes.

This month we look at the tax implications of employing your children in the business, we review the national minimum wage rises from 1 April 2018. Are you aware of the rent a room relief rules if you let a room in your own home? Other articles include PAYE codes and VAT penalties.

Welcome to our quarterly newsletter.  In our 1st edition, we look at national insurance for the self employed, a new property allowance, the introduction of Simple Assessments and the government’s plans for Making Tax Digital which will start in April 2019.

We have summarised on one page all the key  points announced in the November Budget. If you require further information on any of the changes please contact paul@padtax.co.uk

We have summarised all the key tax changes announced by Philip Hammond in this years budget and their effect on small businesses, landlords and individuals.

Having previously announced increases in dividend tax rates for 2016/17, the Chancellor had some good news for small business owners in his Budget Speech. Business rates relief has been expanded and  made permanent. In addition, £1,000 allowances are introduced for trading profits and rental income which will mean some people will not need to declare such income.

Click here for key points  announced in the budget.

The highlights of George Osborne’s speech on 25 November 2015 was the government’s climbdown on tax credits and the increase in stamp duty land tax for buy-to-lets and second home purchases.

No More Tax Relief For Landlords

by Paul Drulia
landlords
Comments are off

From April 2017, the amount of income tax relief landlords can claim on residential property finance costs will be reduced.  The income tax relief on  mortgage interest will be restricted to 20%. This change will be introduced gradually over a 4 year period.

The Wear and Tear Allowance has been a valuable tax relief for those landlords that let fully furnished properties. From April 2016, this will be replaced by a new relief that allows landlords to deduct the actual costs of replacing furnishings.

All Change For Limited Companies

The new dividend allowance will represent a significant tax increase for owners of small companies who have for some years been able to extract profits from their business with a tax efficient mixture of salary and dividends.

In 2015/16 Paul takes a dividend of £18,000 net (£20,000 gross) from his own company. His only other income is a small salary below the tax and national insurance limits. Currently he pays no tax on both the salary and dividends.

This allowance is the maximum amount a business can spend on equipment in one year and get full tax relief in that year. The allowance will be increased to £200,000 from 1 January 2016.

From 1 April 2015, the main rate of corporation tax is 20% and this will continue for the 2016/17 financial year. The main rate will then be reduced as follows;

From April 2016, the government will increase the National Insurance Employment Allowance from £2,000 to £3,000 a year. The increase will mean that businesses will be able to employ four workers full time on the new National Living Wage without paying any national insurance.

If you require any further information on how the budget affects you and your business please give us a call.

by Paul Drulia
personal allowance
Comments are off

From 6 April 2016 all bank and building society interest will be paid gross, without deduction of tax. The personal savings allowance will be introduced from this date and will apply for up to £1,000 of savings income (£500 for a higher rate taxpayer) resulting in a tax saving of £200.

The dividend tax credit will be abolished from 6 April 2016 and a new Dividend Tax Allowance of £5,000 will be introduced. Dividend income received in excess of the allowance will be taxed at 7.5% for basic rate taxpayers, 32.5% for higher rate taxpayers. This will significantly affect owner managed businesses who remunerate themselves through a combination of salary and dividends.

In 2015/16 the overall ISA limit is £15,240. From 6 April 2016, ISA savers will be able to withdraw and replace money from their cash ISA without it counting towards their annual ISA subscription.

From April 2016, all employees aged 24 or over will have to paid a national living wage (NLW) of £7.20 per hour. The national minimum wage will continue to apply to younger workers. The government hopes that the NLW will reach £9 per hour by 2020.

From April 2017, the child element of tax credits and universal credits will no longer be awarded for third and subsequent children.

The government is introducing a new extra allowance to be applied only to the value of a home left on death to a direct descendant of the deceased. The allowance will start at £100,000 per person from April 2017 and increase over four years to £175,000 per person, allowing a couple to eventually pass on a family home worth up to £1m (Includes the current inheritance allowance of £325,000 per person) with no tax payable.

No changes were announced in respect of capital gains tax rates or the annual exemption.

The law on workplace pensions has changed. Every employer with at least one member of staff now has new duties, including putting those who meet certain criteria into a workplace pension scheme and contributing towards it. This is called automatic enrolment. It’s called this because it’s automatic for your staff – they don’t have to do anything to be enrolled into your pension scheme. But it’s not automatic for you. You need to take steps to make sure they’re enrolled. Click on the link below for more information;

If you run a limited company and do not have any staff, you can claim exemption from auto-enrolment. Follow the instructions on the link below;

Act now to ensure you are meeting your legal obligations!

The Treasury confirmed on Saturday that Chancellor George Osborne will present the second budget of 2015 on 8 July.